Visit the main page for the School and Charities version of BaFa' BaFa'for more detailed information.

Summary of Conclusions and Insights from participants in the Schools and Charities version of BaFa' BaFa'.

The Schools and Charities version of BaFa' BaFa' has been used by learning institutions all over the world to help people from different cultures, socioeconomic backgrounds, races, disciplines, ethnic backgrounds, genders, and religions to create understanding, reduce conflict and to learn how to reap the rich rewards of realistic and thoughtful cooperation. While BaFa' BaFa' focuses on understanding different cultures, one can see by the way it has been used that the broader theme is understanding differences of all types.

The simulation has been run hundreds of thousands of times with great success. We've compiled some of the most common observations and conclusions the participants have reached (see below).

• “It’s really important to check out assumptions when interacting with people from another culture. Otherwise, one may draw many false conclusions that end up hurting the relationship.” 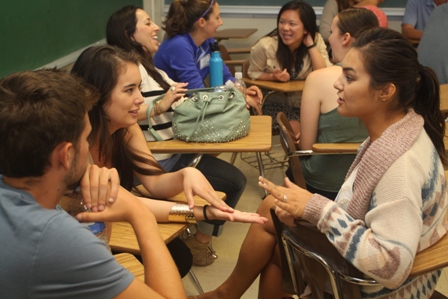 • “Even when you think you have done well, you may have offended the people in the other culture. All the Alphans laughed at me in the big discussion group when I proudly displayed a Stipper card that some one from Alpha gave me. I discovered it was not a gift as I thought, but an insult.”

• “When you go into a culture with preconceived ideas about their customs, beliefs and practices, you tend to look for behaviors that support your theory. We thought the Betans had three classes of people in their society just as we did in Alpha because the first person who went to Beta observed that there were three clumps of Betans trading with one another. She thought they represented three different strata of people. Then, when I went to Beta and someone refused to trade with me, I thought it was probably because he was a lower class person and wasn’t allowed to trade with a foreigner. I learned later, in the small group discussion, that he didn’t trade with me because I didn’t have the cards he wanted.”

• “Feelings of apprehension, loneliness, and lack of confidence are common when visiting another culture.“

• “What seems logical, sensible, important and reasonable to a person in one culture may seem irrational, stupid and unimportant to an outsider.”

• “We had a very vigorous discussion about stereotyping. One member of our group claimed that, when he does not have time to get to know a person, stereotyping allows him to make more accurate judgments about people than if he withholds judgment. He then trotted out all the stereotypes about Asians, African Americans, Jews, women and gays and said the reason these stereotypes persist is that they have more truth than error in them. The group objected vigorously and concluded that, even using his standards of efficiency, one would make far fewer mistakes by taking the time to get to know people as individuals or by withholding judgment. More important, the people on the receiving end of stereotyping feel demeaned, discounted and under valued. ”

• “I thought the Alphans would like me just because I was trying hard, but they threw me out. Apparently, I offended them big time. From this experience I concluded that it is possible to interact with another culture with the best intentions in the world and still completely misunderstand and offend them.”

“We tried to understand the other culture by using our own culture as a frame of reference and consequently, we totally misunderstood them. For example, when our observer returned, we asked, ‘do they stand close together? Do they have a status system? Do they honor their parents?’ These questions missed the mark entirely. As a result, the assumptions and hypotheses we made about the other culture were totally irrelevant.” 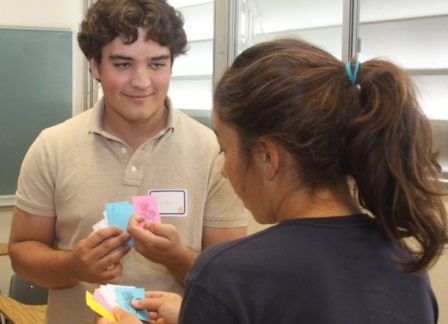 • “We concluded that it is best not to try to relate everything in the new culture to our own culture. if we must compare and contrast, we should focus on the similarities as well as the differences, as differences are often seen as negative and threatening.”

• “There are probably people in the work place who feel the strangeness and awkwardness that we felt when we visited the other culture, but until you feel it yourself, you’re likely to discount it as unimportant or insignificant. So when we see someone who is just joining the company, or someone who seems lost or bewildered, or someone who is different than the rest of us, we need to reach out to them and make them feel welcome.”

• “When our observer returned from the Beta culture, he said, ‘they’re weird.’ Then the visitors went. When they returned they used similar words. Their remarks made us laugh, they also made us feel closer, it relieved some of the tension we were feeling and made the other culture seem less threatening. We didn’t even think about the negative side effects that such comments might produce until we got in our discussion group. After a little self-reflection we concluded that demeaning but funny remarks: (1) make it legitimate for people in culture A to stereotype and make fun of the people in culture B, (2) tend to discount everything in culture B so no one tries to understand any of it, (3) practically ensures that no one in culture A will say anything good about the people in culture B for fear of appearing disloyal or out of step.”

• “When I visited Alpha and they stood very close to me, I felt uncomfortable but I wasn’t sure why. The amount of personal space one demands or allows others is one of those subtle cultural elements that is difficult to identify or talk about because neither you or the person who is making you feel uncomfortable understand what is going on.”

• “I felt invisible when I was in the Alpha culture. No one would look at me. When I tried to talk with them, they ignored me."

• “It is often difficult to get people to value those who are different from them in looks, dress, or behavior. If we’re going to create more understanding among groups, we’re going to have to be proactive. The status quo doesn’t work.”

• “When people from two different cultures aren’t communicating, each has a responsibility to try to solve the problem.”

• “If we observe but don’t ask, as we were required to do in the simulation, we’re likely to misunderstand the people in the other culture.”

• “Alphans were interested in keeping their culture pure. They excluded people who did not support Alpha values. Their culture may remain pure, but their people won’t learn from other cultures. is that good?” 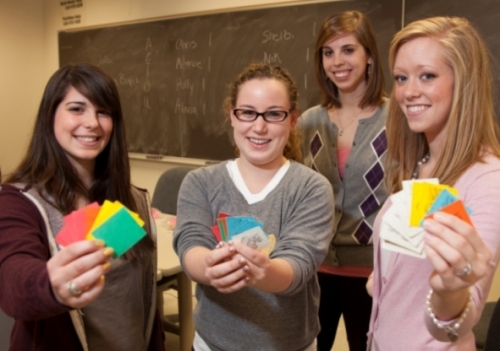 • “When dealing with people from other cultures we must realize that much of what is going on is invisible to a stranger. On the surface, the Beta culture seemed more complicated than the Alpha culture. In fact, the Alpha culture only appeared to be less complicated. underneath it had complex rules about who could approach whom, how to enter into a conversation, the role of the leader, and so on.”

• “In Beta we didn’t want to stop trading to learn about the other culture because we were so competitive. For people like us, and there are many of us in business, unless it can be shown that learning about the other culture is going to help us be more competitive or create some benefits for us, we will not spend the time and energy learning about someone who is different. That’s just a fact of life.”

“The gestures we made in Beta looked silly to the Alphans, but by the time the Alphans visited us they seemed very natural to us. The same thing happens to a person who interacts with people from another culture. At first, the gestures seem very artificial, but after a while they seem quite natural.”

“One often does not appreciate one’s own language until he or she encounters another.”

“When our observer returned from Beta, he said they weren’t speaking a real language. It’s hard for people to believe that someone else’s language is as good as one’s own.”

You can see the main Schools and Charities version of BaFa' BaFa' page here. We think you’ll find it very helpful. We'd gladly answer any questions: Call (858) 450-3400 or email.