If someone were to ask me to identify the mistakes most often made by game designers, including myself, I would, after assuring myself that the questioner understands that game design is a very personal activity and that there are no right answers, reply in the following dogmatic manner:

Most articles and books on simulation design suggest that one should follow a logical sequence of development: first define your objectives, then identify the actors and so on. Such prescriptions are accurate post-facto descriptions of what emerges from the game design process but are not, for the most part, accurate descriptions of that process. I suppose that one can design simulations in this manner, but such an approach defines the important parameters of the game before one starts and precludes an imaginative solution.

The designing process, in my experience, is not sequential at all—new idea “F” requires an adjustment or rethinking of ideas “A” “B” “C” and “D”. And such adjustments in turn may suggest changes in idea “F”. One moves back and forth among the ideas and parts of the game much as the performer who keeps a dozen or so plates of china spinning simultaneously on tall slender polls.

2. Trying to Work with Non-Simpatico Personalities.

It isn’t always possible to choose one’s game designing mates, but if given a choice, they should be selected carefully. Especially for the beginning stages when ideas are being generated. One negative person can stifle the creativity of thousands. Many different skills are required to develop educational simulations. The person who may be very creative at thinking up alternatives may not be able to write, follow the game through to completion, or honestly evaluate the impact of the game. And the person whose influence hangs over the group like a deadly smog may be just the person to cut and polish the rough stone into a beautiful gem.

Let’s get going. There’s a job to do, let’s do it. Work, work, work, that’s the only way to get anything done in this world. When I start on a project, I have to restrain those driving forces for a while and say to myself, “Wait, there’s probably a hundred ways of solving this problem and you’ve only discovered ten. Give yourself some overnight think time. Ask yourself some more dumb questions. How would a child look at the problem? A person from another planet or culture? If this situation were boiled for an hour and a half what would be left after draining off the juices? What if you had designed the game with colored buttons and drawing pins?”

Debono is his book “New Think” points out that once a person starts digging a mental hole, there is a tendency to preserve, to keep digging, to take satisfaction in perfecting the shape and size of the hole without considering whether it is in the right place. To increase the probability of digging the hole in the right place, one should dig many shallow holes all over the area before selecting one to develop. In the beginning stages of game design, one must resist the temptation to accept the first idea with merit as the final idea. Dig more holes.

4. Establishing Precise Education Objectives before Designing the Game or Simulation.

I suppose there are people who can design imaginative games and simulation with precise educational objectives in mind, but I’m not one of them and I’ve not met others who can. Not that there is anything wrong with educational objectives per se, it’s just that once they are articulated they become a powerful force that kills ideas in the fetal stage with their unarticulated but ever present question: “But does it meet our objectives?”

An idea may not meet any of the proposed objectives when it first emerges. However, if allowed to grow and change it might lead to another idea which does meet the objectives. If the first gardener had killed all of the ugly insects, there would be no butterflies today. It’s quite possible that an idea might develop which does not meet the objective but is so valuable that it is worth changing the objectives to fit the idea.

I’m overstating the case, of course. It is very important that there be an understanding of the general intent and purpose of the proposed game. The trick is to define the purpose in such a way that it helps focus the problem without restricting all creative movement.

What frequently happens is that a designer will start out in one direction and then be influenced by the process of designing the game and change course. And when the game is finished, the designer locates his or her position on the map and says, “That’s where I was intending to go all along.” Objectives for some of the best games have been written after the author discovered what objectives the game met.

In some games, serendipity is such an important element that it is not possible to determine what objectives have been met until the experience is over.

5. Accepting the Criteria of the Sponsor.

Generally one is able to establish one’s own criteria for a game or simulation. When working with a corporation, a school district, government institution, or publisher, however, they might be unreasonable and insist on specifying just what they want the experience to be about and what goals are to be accomplished by it. Such criteria should be examined very carefully if developed by persons who have had no experience with simulations and games. Generally what they want is a game that will be remembered by participants for the rest of their lives, require no more than two minutes of preparation by the facilitator with each participant emerging from the experience with a completely new paradigm of the topic under consideration, and a new set of behaviors that they will follow for the rest of their lives. What one must do in such circumstances is work out reasonable expectations, before beginning work on the project.

6. Being “Straightjacketed” by Reality.

Just as precise and well-defined educational objectives can limit one’s imagination, so can the notion of reality. But, one might ask, isn’t one trying to model reality in a simulation? Yes, but as Cathy Greenblatt has pointed out in the Simulation and Games Journal (March, 1974), there is not “a reality” but multiple realities. Which of the many realities is to be simulated at which level of abstraction and detail? And whose reality? The economist’s? The psychologist’s? The person from Ireland?

Even suppose there were an agreed upon reality. The designer might want to exaggerate, simplify, limit, distort, and redefine it in order to create an experience which teaches what he or she wants to teach.

7. Trying to Design Simulations Which are Good for Both Research and Training and Education.

The validity of an educational or training simulation is determined by how one answers the question, “Does the simulation teach the ideas, values, facts which were intended by the game designer or the sponsor?” The validity of the research simulation is determined by the question, “How well does this simulation duplicate or predict reality?”. These are quite different questions and most always lead to quite different experiences. And while the simulation which inaccurately predicts reality may also be an effective teaching device, the chances are that it won’t. And the effective teaching device is not likely to an effective research instrument. In designing a teaching experience, there are many constraints imposed by the management requirements of the teaching situation, ability of the students, and the amount of preparation the teacher is willing to undertake. Persons trying to develop a simulation for both research and education will find themselves constantly having to choose between the rigorous demands of accuracy and detail required by the research criteria and the constraints imposed by the educational and managerial needs of the teacher and the students. Few people are able to satisfy the demands of both.

8. Inappropriate Use of Chance.

When you can’t figure out how to simulate a process, have them draw a card, roll the dice and advance three spaces or flip the spinner. No. No. No. It is certainly appropriate to use chance to determine whether a player has been hit by lightening, suffered crop damage from a violent storm or been born into a family of poverty and disease. These can be considered chance events. But there are hundreds of games, mostly variations of monopoly, which use chance to determine everything from the winning of an election to the determination of the right answer on an addition problem — and I hate them all. I’ll concede that in certain instances a person might be able to develop a creative solution in which chance might be appropriately used to determine non-chance events, but generally it indicates a lack of imagination and greatly reduces the instructional and emotional impact of the game.

What one wants, generally, is for the participants to take responsibility for his or her actions in the game. Ownership gives the game or simulation process power.

(a) using dice to determine non-chance consequences, as was discussed in eight

(b) assigning attitudes and values along with the role, for example, “You are a public official; you should make decisions as you would if you were actually in office” is preferred to “You are a conservative public official who dislikes welfare”. With the latter assignment the participant can avoid ownership of a tough decision on welfare by saying, “But my role card said I was a conservative who didn’t like welfare”. Much of game design is trying to eliminate the possible excuses which people might use to evade responsibility for their decision.

(c) determining consequences with a model which the participant feels is inappropriate or inaccurate; for example, in a stock market game if the bottom falls out of the market because there are only ten minutes left in the class period rather than a rush of panic selling by the “stockholders”, a player who saves his or her fortune by selling before the crash because he or she is pretty sure the instructor will cause a crash before the end of the period, can take little satisfaction in his or her success in the stock market.

(d) making the choices obvious so the consequences have little meaning. Try to put the participant in the double bind position of choosing between two “bads” or two “goods”, or one in which knowledge and skill are important.

10. Failure to Follow Through to an Appropriate Level of Completion. 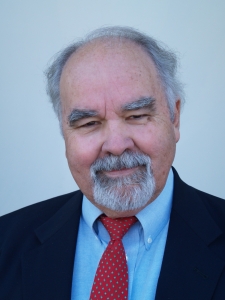 There are hundreds of games and simulations tucked away in desk drawers and file cabinets which work when the designer is present to explain the model, answer questions, and patch up unforeseen problems. Such experiences are appropriately completed. In fact, it could well be argued that all games and simulations should be of this nature as the presence of the designer can greatly increase the richness and flexibility of experience.

However, such experiences are not complete if they are to be used by a stranger without the designer’s presence. In order to pass “The Stranger Test” another level or effort is required which demands a perseverance few people seem to possess.

Reprinted by permission of Society for Academic Gaming and Simulation in Education and Training Journal, October, 1975